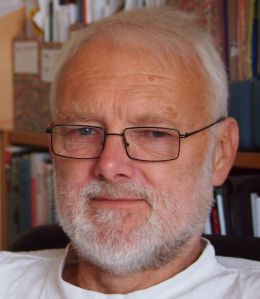 Roger joined the parish council in 2009 and became chairman in 2011. He was a natural leader and gained a great deal of respect. He had a natural way of making anyone who met him feel relaxed and comfortable. He was heavily involved in the Horsham Bowling club’s move to the land at the side of Holbrook Tythe Barn and the subsequent associated works to North Heath Hall and to the Wallace Room.

Roger was essentially a family man. He had many interests including vehicles, gadgets, sailing, Morris Dancing and folk music. He always gave 100% to anything he became involved with and usually had some project or other on the go.

He had had several jobs during his working life but the area of work that caught his interest was with fire safety and detection. He was head-hunted to be part of the team that designed, installed and maintained the fire alarm system in London Underground following the Kings Cross fire. His thesis for his chartership was his design for an extinguishing system for areas that sloped ie: under escalators, using fibre optics.

Roger made significant achievements despite his struggle with dyslexia which bred an innate understanding of and empathy with other peoples’ difficulties. The advent of the word processor and personal computer was a godsend to him. He could consign his handwriting to the bin! He also had a mischievous side and loved playing and acting the fool with his granddaughters. He loved a good laugh, especially with friends, some of whom attended the dedication ceremony.

The Parish Council wanted to mark the significant contribution that Roger made to North Horsham in his time on the Council, especially as Chairman of the Council and it is hoped that the lilac is a long lasting memory of his work.